As the industry looks to increase the use of non-medicinal approaches where suitable, there are a number of new approaches being developed and implemented which are outlined below. As the industry looks for continued innovation, many of these are still in the development or investigational phases, but it is hoped that over time these can be used more commonly.

Common non-medicinal approaches being used on the farms

Skirts are sheets of material (usually tarpaulin) that are mounted around the top portion of salmon pens. As sea lice larvae are generally found in the first few meters of water below the surface, a skirt can act as a shield, preventing sea lice within the upper part of the water from entering a salmon farm. To ensure there are no unwanted impacts on the water oxygen levels in the upper part of the pen, oxygen management is considered when using skirts. 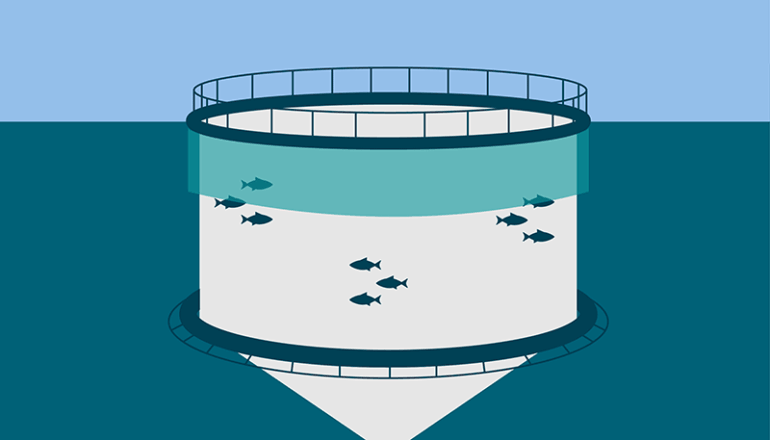 Functional feeds are specifically formulated feeds which support optimum fish health. When used in sea lice management they are tailor-made to contain specific ingredients that help the salmon fight off sea lice in two key ways:

The GSI is working closely with its Associate Members BioMar, Cargill and Skretting to share learnings and best practises on using functional feeds and the role they can play in sea lice management. In addition, GSI members are working with the feed companies to continually monitor the effectiveness of functional feeds, with the aim of driving progress within the research and development of these feeds.

Snorkels work by creating a barrier between the salmon and sea lice. A net roof fits within the salmon pen with an enclosed tube (or snorkel) at the top extending to the water surface. This technology keeps the salmon deeper in the water column and therefore, away from sea lice larvae – which tend to be found in the first few meters of water. 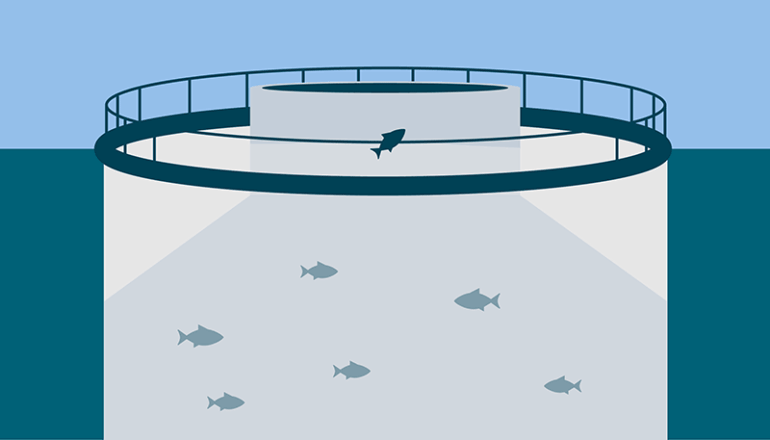 Sea lice have a low tolerance for sudden changes in water temperature and this sensitivity is taken advantage of by thermal treatments. A thermal treatment system is fitted to a boat or barge near to a salmon pen and fish are briefly passed through the system and bathed in lukewarm water. This temperature change kills the sea lice and the salmon are released back into the pen. 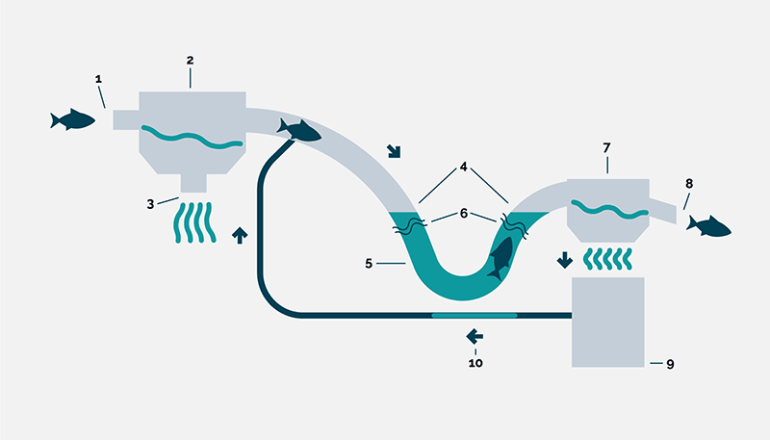 Strategic Localization and Treatment of Sites

Through researching ocean water flow and currents, it is possible to predict how sea lice will disperse – for example differences in water salinity between regions and farms can have a significant impact on lice levels and management. By using this information farm sites can be strategically placed in those areas less likely to have high levels of sea lice. In addition, the approach can be used to inform the strategy for treating pens – ensuring those pens with the most need are prioritized for treatment. 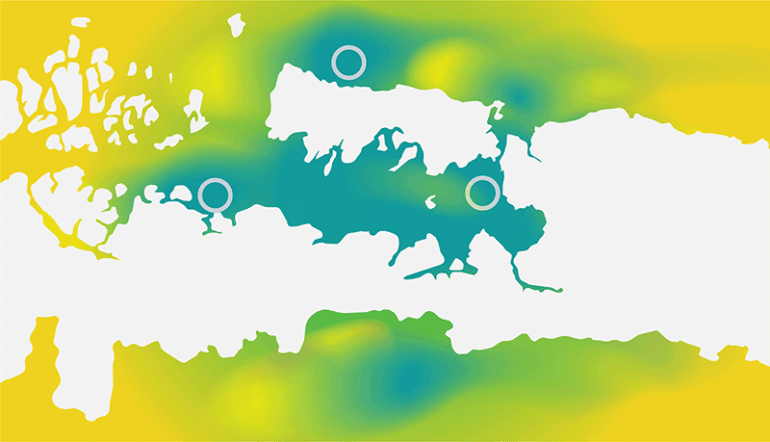 Sea lice can be dislodged by jets of water (like a shower). This is taken advantage of by moving salmon through a system with water jets to flush off lice. A flusher system is fitted to a boat or barge near to salmon pens, and fish are briefly passed through the flusher. Detached lice are collected and then salmon are returned back into the pen. 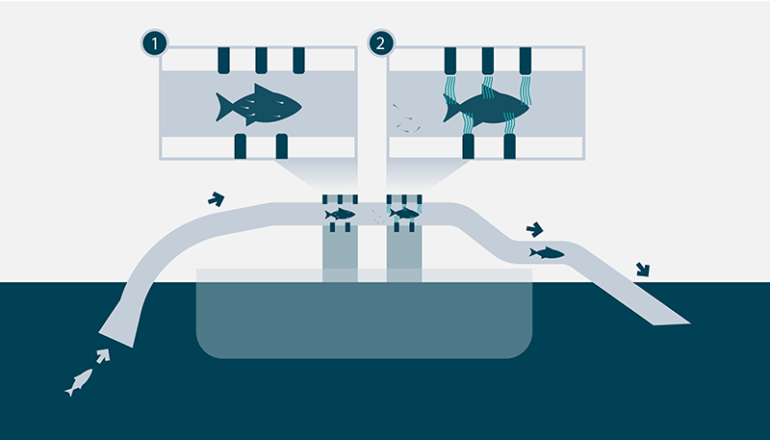 A camera and laser system placed in a fish pencameras to detect sea lice on the salmon, and once a louse is detected a laser pulses directly at the specific louse. The louse is hit and killed by the laser – removing the louse from the salmon. The system operates within the pen 24/7.

As salmon have mirror-like skin, the salmon itself is not harmed as the skin reflects the laser beam away. 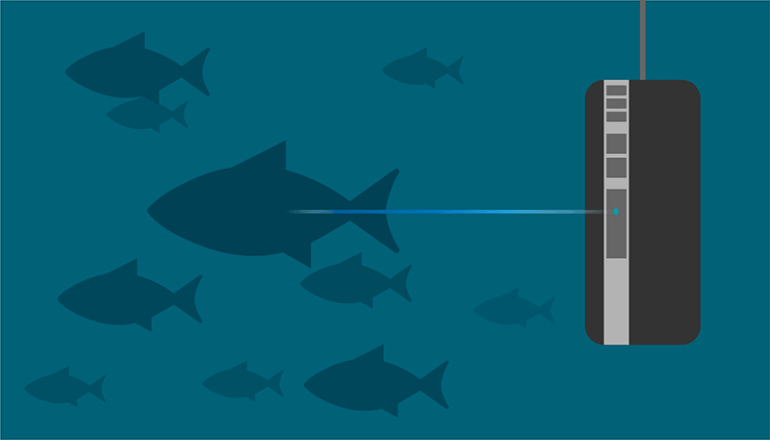 This method is similar to a wasp catcher. By placing traps in the water around salmon farms, they attract lice away from the pens and into the traps, therefore removing them. To attract as many sea lice as possible, some traps have flashing lights which have been found to attract sea lice. 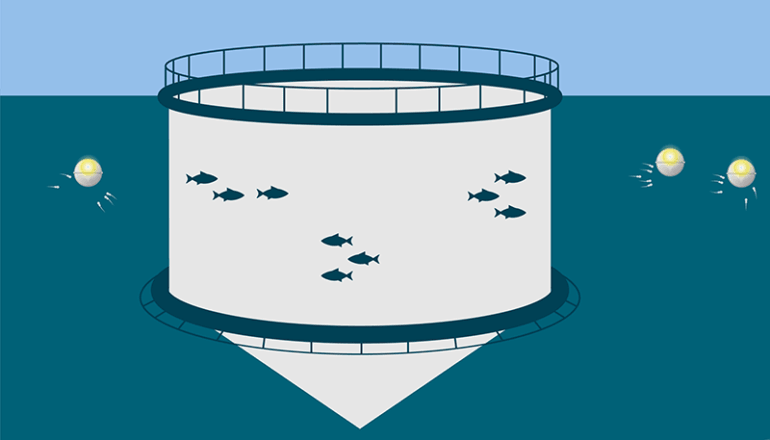 There are several species of fish, including ballan wrasse and lumpfish, which naturally eat sea lice. These fish are introduced to salmon pens to eat sea lice off the salmon. This is a biological approach to sea lice management, and there are research projects underway to identify more potential cleaner fish species. 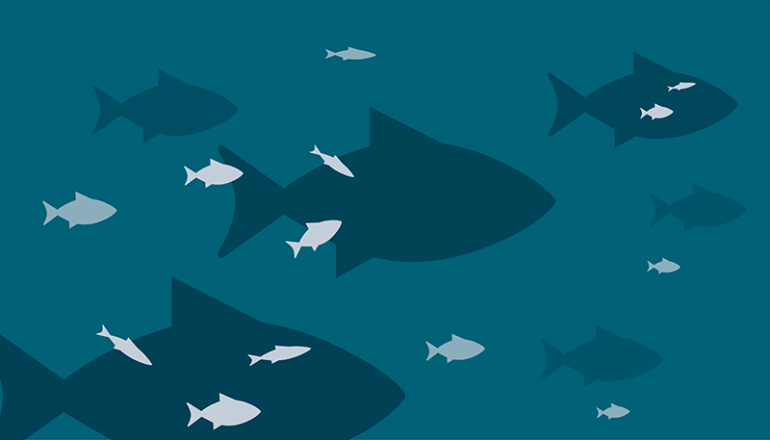 By placing lights or feeding systems deep in the pen (~10 metres below the surface) the salmon are attracted to swim and feed in the deeper water of the pen. As sea lice generally remain in the surface waters, these approaches entice the salmon away from the sea lice. 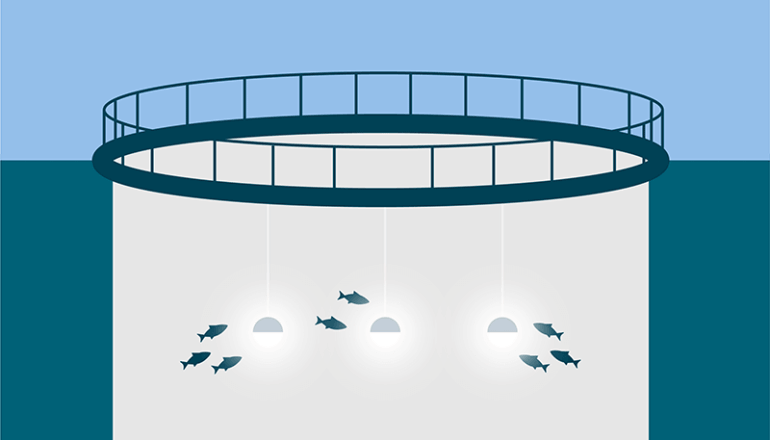 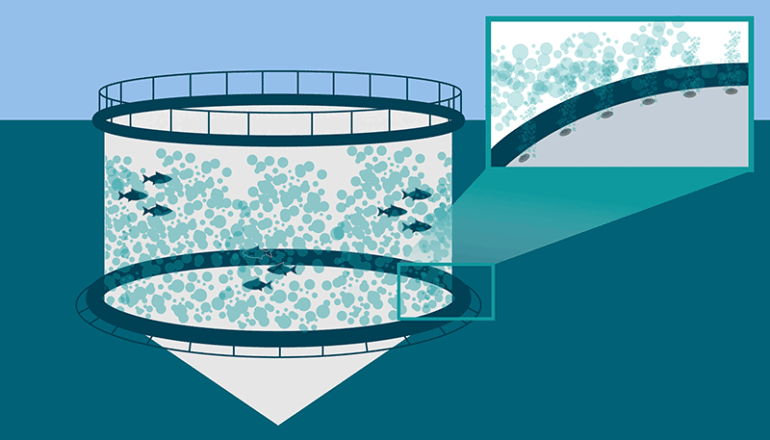 H202 is known to temporarily paralyze sea lice, causing them to fall off of the salmon and reducing their ability to re-attach. Salmon are temporarily exposed to H2O2 – either in a well boat or a specifically designed tarpaulin where H2O2 is added. After this, seawater is flushed through the pen to dilute the H2O2, breaking it down rapidly into water and oxygen.

H2O2 is is a registered medicine, meaning its use is recorded and monitored. However, as H2O2 dilutes to water and oxygen, it has zero toxicity and zero persistence in the environment and is therefore, considered as a non-medicinal approach to sea lice management.

Ultrasound is used underwater in the salmon pens at a certain frequency that dislodges and kills sea lice without disturbing the salmon. The frequency is set at a low level as to not impact surrounding fish or marine mammals.

A vacuum system is used to clean the nets of salmon pens and these not only remove dirt and debris, but also remove sea lice from the net.

Sea lice are sensitive to fresh water (i.e. not sea water) and generally cannot survive when water salinity is very low. Freshwater treatments exploit this and through temporarily exposing salmon to fresh water, the sea lice detach and can then be removed.

In the wild, salmon migrate to freshwater to spawn and this change in water removes any sea lice. To ensure sea lice do not develop resistance to fresh water and cause any disruption to this natural process the use of this process is carefully monitored and managed.