Over the past few years every industry has been experiencing rapid, extensive, and sometimes devastating change and the food industry is no exception.

Our world is shifting, populations are growing, our climate is changing, and there is more pressure than ever on our food systems. The demand for food is set to increase by 50%, and demand for animal-based foods by nearly 70%.

Since 1961 the annual global growth in fish consumption has been twice as high as population growth, demonstrating that the fisheries and aquaculture sector is crucial in meeting FAO’s goal of a world without hunger and malnutrition

We must plant the sea and herd its animals using the sea as farmers instead of hunters. That is what civilization is all about - farming replacing hunting

What is salmon farming?

Just like we farm animals on land, aquaculture is the farming of fish in the ocean. Salmon is the common name for several species of fish in the family Salmonidae (e.g. Atlantic salmon, Pacific salmon). You can find salmon from both wild and farmed sources, but the most commercially available is Atlantic salmon which is farmed.[1]

Salmon fish farming started on an experimental level in the 1960s, but became an industry in Norway in the 1980s, and in Chile in the 1990s. The farmed salmon industry has grown substantially in the past 40 years, and today approximately 60% of salmon produced worldwide is farmed. In 2015 more than 2,200,000 tons of farmed salmon were produced, while in comparison around 880,000 tons of wild salmon were caught.

Fish farming holds tremendous promise in responding to surging demand for food which is taking place due to global population growth.

The future of salmon farming

We recognize that an increased production of farmed salmon is required to ensure future demands for protein are met, however this must be matched by significant reductions in environmental impact and improvements in resource efficiency. We recognize our ability – and our responsibility – to drive positive change at scale, and we are committed to seeking and supporting advancements in aquaculture that drive healthy, sustainable food systems.

Responsible aquaculture methods can help ensure the protein we eat is produced in a way that supports nutritious diets and more sustainable food systems. 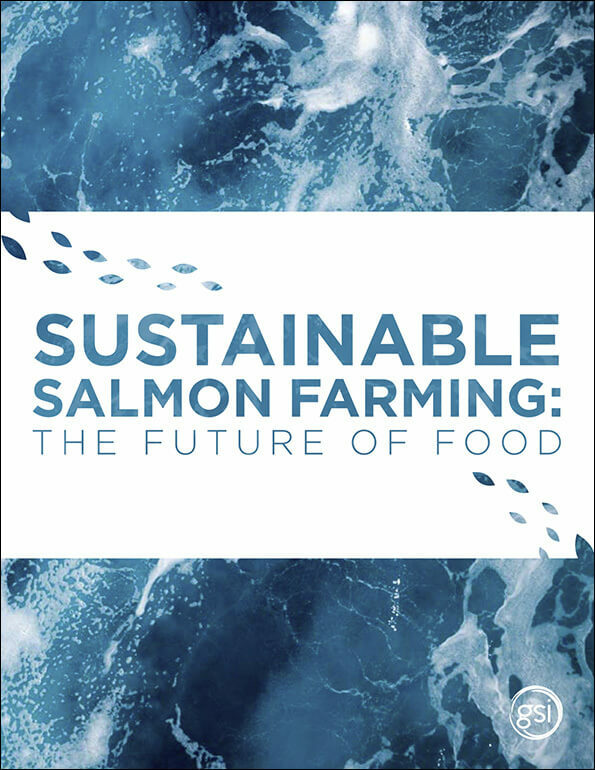 Take a deeper look into the role farmed salmon can play in future food systems and the work we are doing to ensure our industry is adapting and improving at the speed and scale the world needs.