The high levels of omega-3 fats in farmed salmon are widely recognized for their health benefits, but you may have also heard a myth about something else farmed salmon is high in: polychlorinated biphenyls, or PCBs. Here we shine a light on the topic of persistent organic pollutants, specifically PCBs and dioxins, and why farmed salmon has a low level of such contaminants.

Many of us are familiar with omega-3s, but have you heard about PCBs?

Dioxins, specifically PCBs are human-made chemical compounds that persist in the environment and accumulate in the food chain. PCBs are a class of industrial chemicals that once upon a time were used in the manufacturing of a wide variety of consumer products, from microscopes to electrical appliances to TV sets. But by the 1970s, mounting evidence from multiple independent scientific studies led to the labeling of PCBs as harmful to human health, and potentially carcinogenic. For this reason, the use of PCBs has been banned around the world, but residual elements still exist, and traces can be found in the environment and therefore in some of the food we eat. Food safety experts like the European Food Safety Authority (EFSA) and the U.S. Food and Drug Administration (FDA) have developed strict protocols for monitoring dioxins in food, including in animal feed, to reduce our dietary exposure to these environmental contaminants. These guidelines are regularly reviewed and updated to provide guidance on what is safe and healthy to eat.

How do PCBs end up in salmon?

Fish, like humans, get their nutrients from what they eat, which is also how they are exposed to contaminants. If there are PCBs in their environment, in the water, in plants or other fish salmon eat, then the salmon – whether wild or farmed – will be exposed to PCBs, and these could be passed on to us as consumers.

Studies show farmed salmon are lower in PCBs and dioxins than wild varieties.

Due to their highly tailored and monitored diet, farmed salmon have limited interaction with feed sources high in PCBs and are low in dioxins. For these reasons, you can feel confident in knowing that farmed salmon is a healthy and safe choice. Furthermore, farmed salmon are shown to have significantly lower levels of exposure to PCBs and dioxins compared to wild salmon. This is due to their differed diets, including the increased use of vegetable ingredients in the feed of farmed salmon and the reduced use of fish oil, which historically had been the primary source of PCBs in farmed salmon.

Oily fish such as farmed salmon are rich in key nutritional benefits such as omega-3 and omega-6 fatty acids. Research demonstrates that the physical and mental health benefits may outweigh the potential risk of impact from minor levels of PCB consumption.

To ensure minimal presence of PCBs in farmed salmon, GSI members and their associated feed companies source their fish oil from areas low in PCBs. Additionally, feed companies closely follow the guidance from food regulation agencies to ensure what the salmon eat – and what we in turn eat – fall well below guidelines. Taken together, these precautions ensure farmed salmon remains a healthy and safe choice (not to mention an eco-friendly one too!).

We hope you now feel reassured to top up those omegas and not have to worry about unwanted toxins, but if you do have questions feel free to reach out. 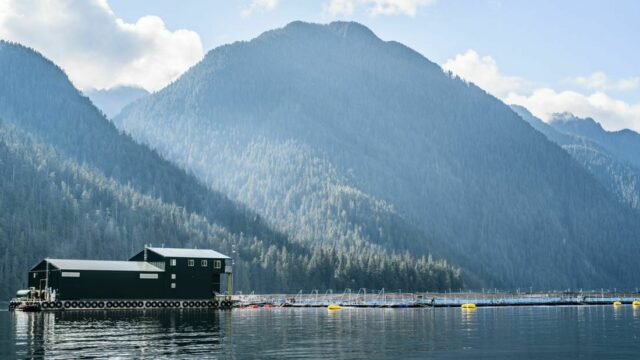 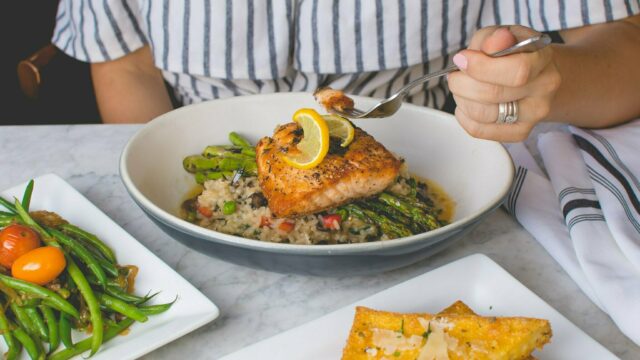